How Phoenix Metro Owners Can Have a Productive Business Meeting 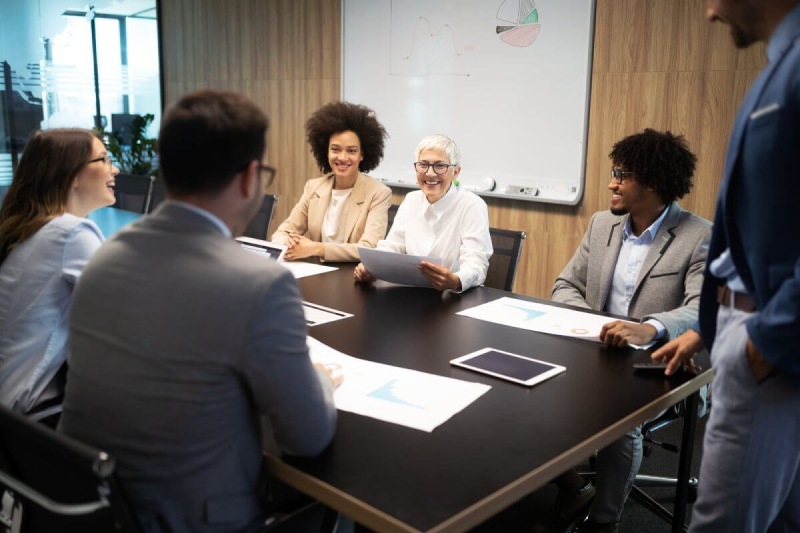 Ever finished a meeting and thought That could have been an email? Yeah, I get that. Work meetings are one of those necessary evils that too often end up being time wasters rather than savers.

But you can’t simply wave a magic wand and eliminate them (though, in certain cases, it might be the dash of cold water you and your Phoenix Metro business need).

Some are important as a means of company-wide communication, updates on various projects, strategy sessions, vision casting, connection, etc.

So, how do you have a productive meeting AND limit them at the same time? That’s the question I want to take up today.

Now, as a reminder, we’re in the 4th quarter and will soon be staring down the barrel of a new year and the inevitable tax compliance (i.e. tax return preparation) season. But you still have time to make moves to get your Phoenix Metro business better situated (i.e. tax planning) before the bell. Let’s get something on the books to discuss what that might look like for your Phoenix Metro business:
www.clecpa.com/schedule-an-appointment/

But we can also keep the meeting short. Because, well …

How Phoenix Metro Owners Can Have a Productive Business Meeting
“People who enjoy meetings should not be in charge of anything.” – Thomas Sowell

The voices slowly morph into sounding a lot like Charlie Brown’s teacher, your head starts to droop, and your mind begins to liquify into thoughts that have nothing to do with this meeting.

Yes, yet another meeting. We’ve become so accustomed to tedious business meetings that we’ve lost all sense that they could, with planning, be – though it does stagger the mind – productive and useful.

How? Let’s all take a seat, and we’ll get started.

Whose time is it, anyway?

Meetings, born in corporate culture, have mushroomed. Almost half of business employees have “several” meetings a week (more than one in five people have at least a meeting every day). The average length is 45 minutes. More than a third of business meetings don’t use an agenda. The result: Seven out of 10 employees feel their time is being flat out squandered. Nearly two out of every five respondents admitted falling asleep during meetings.

Executives say that almost half of meetings serve no purpose – and that two-thirds are just plain failures.

When, why, and how big should your business meeting be?

You can’t replace meetings totally, nor should you. Often, you have to get coworkers in the same room (or on the same Zoom screen) to swap ideas. But could something have replaced that meeting? A phone call? A fact sheet?

In other words, is the meeting going to help move work forward – or replace work, only giving everyone a sense that something’s getting done?

Monday is the least popular day to have a meeting. Tuesday and Wednesday are preferred.

A big question: How many people should be at a business meeting? (Your answer might be, “One…”)

Size depends on what you have to cover, but as a rule you should think about the minimum needed before you message everyone to schedule a time. Who really needs to hear the points? Who gets invited to all meetings just out of habit? Who’s going to only bog things down? Amazon guru and occasional astronaut Jeff Bezos has his own rule: You should have no more people in your meeting than you can feed with two pizzas.

Stick to the plan

Following an agenda can keep everyone on track and cut meeting time significantly. Your agenda needs five basics: the main themes (what are you trying to accomplish here?), talking points, support documents, decisions to be reached, and action items.

Get the supporting docs to attendees beforehand so they have time to digest the info and better prepare their input at the meeting. Generally, schedule a meeting at least two or three days out.

To increase participation in the meeting:

If nobody has any questions toward the close of your meeting, has it been a success? Sure, maybe you covered everything completely and there were absolutely no more dots to connect. More likely, they just couldn’t wait to get out of there …

Are there any questions?

There should be, for both the attendees and for the person who ran the show.

For attendees: How did this meeting compare to the last one? Did we hit the goals in the agenda? Did the meeting give you what you need to solve problems that were present before the meeting?

For the presenter: Who was distracted? Who did most of the talking? Did the talk shift to irrelevant topics?

A small anonymous survey after the meeting might help, too. What worked well? Was there something missing? Have participants summarize the meeting in one word or sentence. This gives you an idea what they’re thinking and if this meeting was worth the time.

There’s no avoiding meetings completely in business – but with a little work you can make them a little more necessary and a little less evil.

Now, naturally, this is just a baseline to get you started. You have to figure out what works best for your Phoenix Metro business. I am confident you’ll find the way.

And, I’m here to support you as you do.

See How We Can Help